On January 11, 1879, British forces under the Command of Lord Chelmsford invaded Zululand. The invasion force was made up of three columns, with Chelmsfords centre column invading Zululand at one of the principle crossing points on the Mzinyathi (Buffalo) River – an outpost called Rorke’s Drift. After the initial invasion Rorke’s Drift settled into life as a supply depot with a small hospital. With the disastrous defeat of part of the centre column at Isandlwana on January 22, the Drift was set upon by 3,000-4,000 Zulu warriors bent on wiping it off the map. 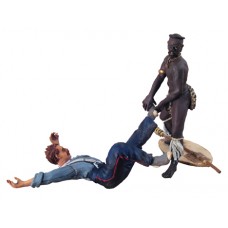 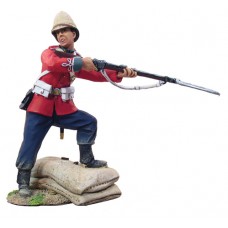 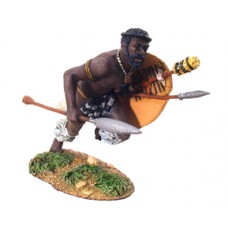 20035 - Zulu iNdlondlo Regiment Charging with Assegai No.1At various times during the engagement at ..