Char B Bis (2006 Version)FoB010 Another fighting vehicle which sold out its original run is our firs..

French Cavalry Trooper (Mounted)     Even in 1940, France still had thousands of hors..

Br. Kneeling Firing Tommy Gunn    This sergeant has one of the newly-issued Thompson ..

Bedford OYD TruckThese Bedford General Service Trucks were produced in their thousands from 1939-194..

Polizei ADGZ Armoured CarThis is one of the most unusual German armoured cars of the Early-War perio.. 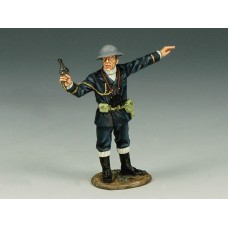