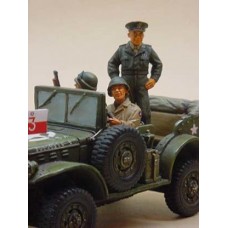 General Omar Bradley - The GI's General and one of Eisenhower's most steady and reliable field comma..

Sailor w/ Binos - Wearing his steelpot" and navy blue windcheater jacket this sailor is on "lookout".. 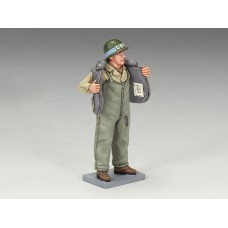 Sailor Putting on Life Jacket - It pays to be safe at sea... life can be dangerous so it makes sense..

Lying Prone Officer w/ Tommy Gun - This young officer shouts out orders to his men as the enemy move..

Firing Back - A neat little two-figure riflemen set… As one GI fires his Garand the other loads a ne..

Grenade ATTACK!As one GI prepares to throw his grenade the other guy with the rifle gets ready to “c..