German Prisoner #2This other prisoner looks more fortunate…in his “snow” smock and warm scarf and gl..

Standing Military Policeman“Tommy-Gun” at the ready this MP is on the lookout for any Germans posing..

Sd. Kfz. 234/1 Schwerer PanzerspahwagenA mighty beast of a reconnaissance vehicle. This 8-wheeled be..

Valentine MK IIIThis third and final version of the K&C “Valentine” tank is in the markings of t..

THE IMPOSTERAmong both the SAS and LRDG were fluent German-speaking refugees from Europe. Here one o.. 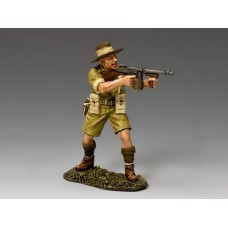 Sd.KFz.2 Kettenkrad and Trailer It’s been quite a while since we featured this little vehicle i..

German Tank CrewFive kneeling and standing Panzer Crew in a variety of useful poses that can accompa..

"On the Road"In the weeks and months following D. Day German vehicles found it increasingly difficul..

Waffen SS VOLKSWAGENFar less numerous than the “Kubelwagen” the Waffen SS made sure they were given ..